Since I had credits on my Audible dot-com account I used one to get the unabridged audio version at no charge.  It is read by Shirley Jones.  I am not going to tell you anything at all about this autobiography.  You have to read or listen to this for yourself.   Shirley Jones is extremely candid.  If you are prudish and had Miss Jones up high on a pedestal for years as some innocent and shy ingenue, you may be shocked and very disappointed.  I was shocked, but I am not going to judge Shirley Jones at all.  I still like her tremendously and always will.

Shirley Jones, as of this writing is seventy-nine years old.  She said that it is because she is so much older now that she felt comfortable enough to tell her true story.  I was not shocked regarding the loose moral codes that exists in the field of entertainment.  That has been known for years and Hollywood has not changed.   For me, it is learning about Shirley in particular that had my eyes widening in surprise.  If you are going on a very long drive, this is a great audiobook to take along with you for the ride.  It is just under seven hours.

Shirley with first husband, the late Jack Cassidy.  He was the love of her life.

Shirley Jones co-starring with Burt Lancaster in Elmer Gantry.  When it came to kissing on-screen she said that Burt was number ONE.  It was a struggle for her to get this part because no one thought she could be convincing playing the role of a vengeful prostitute.  Only Burt Lancaster had faith in her and pushed for her to get the role.   Shirley won the Academy Award for Best Supporting Actress.

I do remember The Partridge Family.  I loved watching it when I was a little girl and when it went into re-runs.

Shirley played the part of Shirley Partridge who was the hippest mom on television.   She turned down the role of Carol Ann Brady of The Brady Bunch.

« The Irresistible Blueberry Bakeshop & Cafe
The Girl In The Gatehouse » 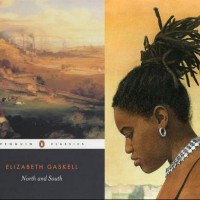